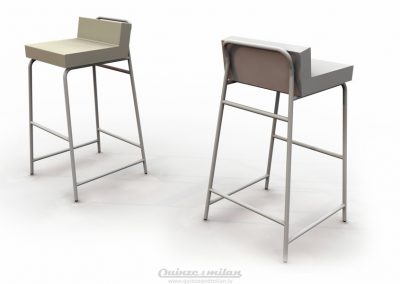 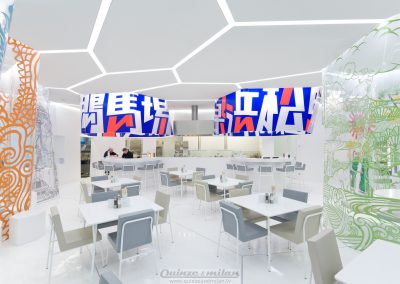 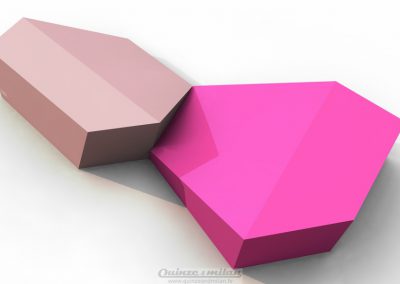 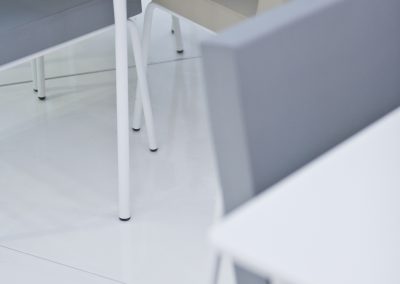 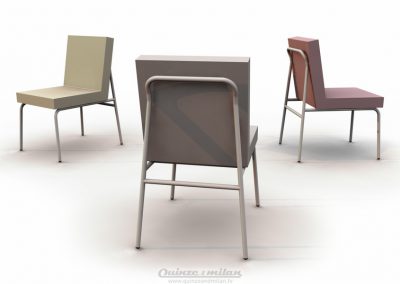 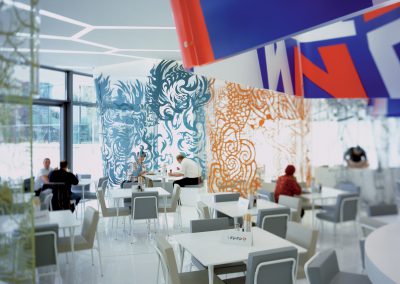 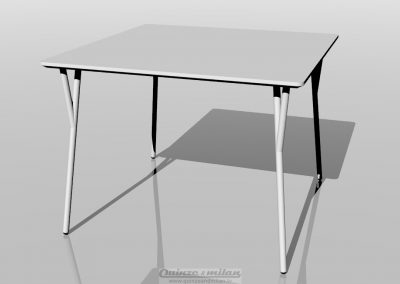 AnAn is a new Japanese noodle bar designed for Autostadt, Germany, the theme park and communications platform of the Volkswagen Group. Hosoya Schaefer won the design competition held by Autostadt GmbH in 2005 and completed the project in 2007. The task was to build a Japanese noodle bar that represents on a small area, a piece of contemporary Tokyo.

The geometric structure developed for the project consists of a series of distorted hexagonal cells organized by a geometric pattern on the floor and the ceiling. The cells are developed and can be inhabited in different manners. They contain a counter (Yatai), or a table (Kotatsu), vending machines, a coat room or plastic food plates as a three-dimensional menu column. The cells are made of 25 mm thick acryl panels that span 3.5 m from floor to ceiling and are covered with graphic patterns produced by a selection of young graphic designers from Japan.

The constituting grid in the floor is expressed as aluminum lines in the white polyurethane floor; in the ceiling as light strips that illuminate the restaurant. An algorithm has been developed that runs as a Maya plug-in to minimize the number of angles and radii for the different panels. The entire project is based on only two different angles and hence an optimized range of formwork necessary to form the panels. The space is conceived to be both transparent and filled with a range of different graphics and sensibilities creating a heterogeneous, urban whole. 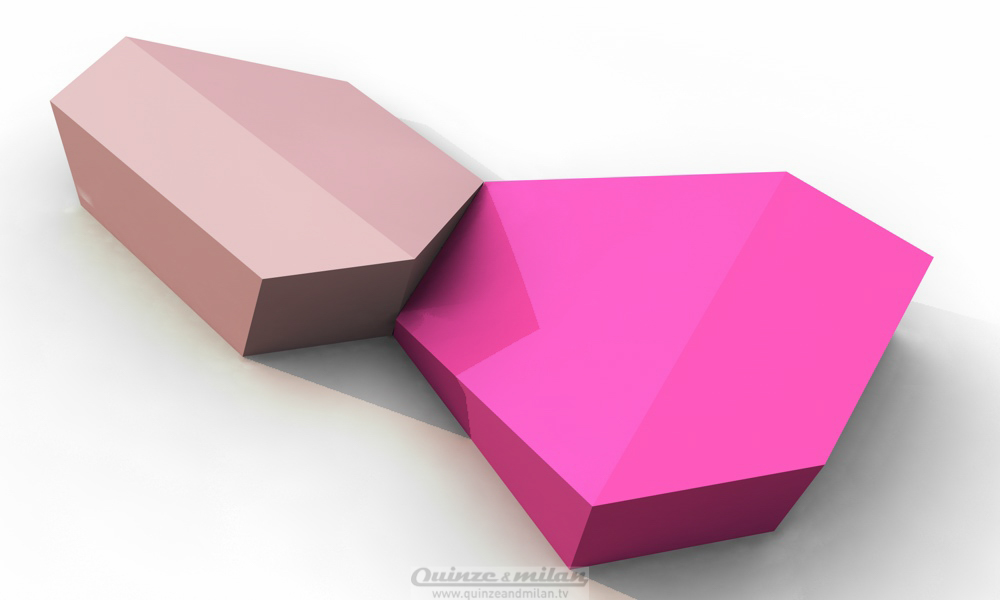 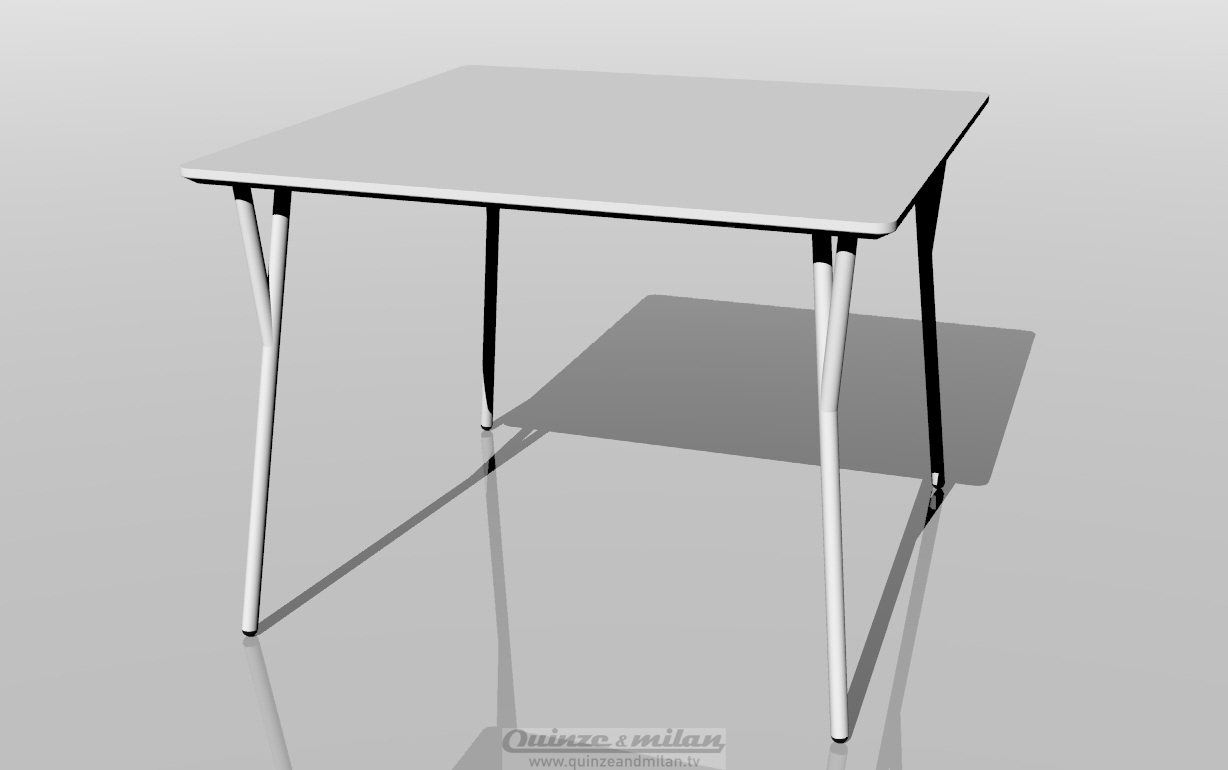 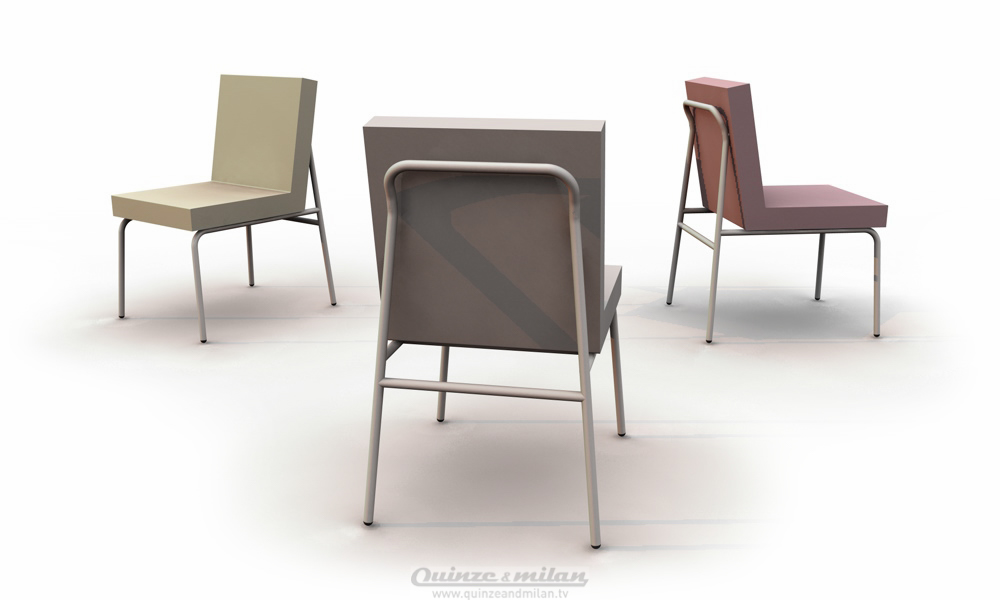 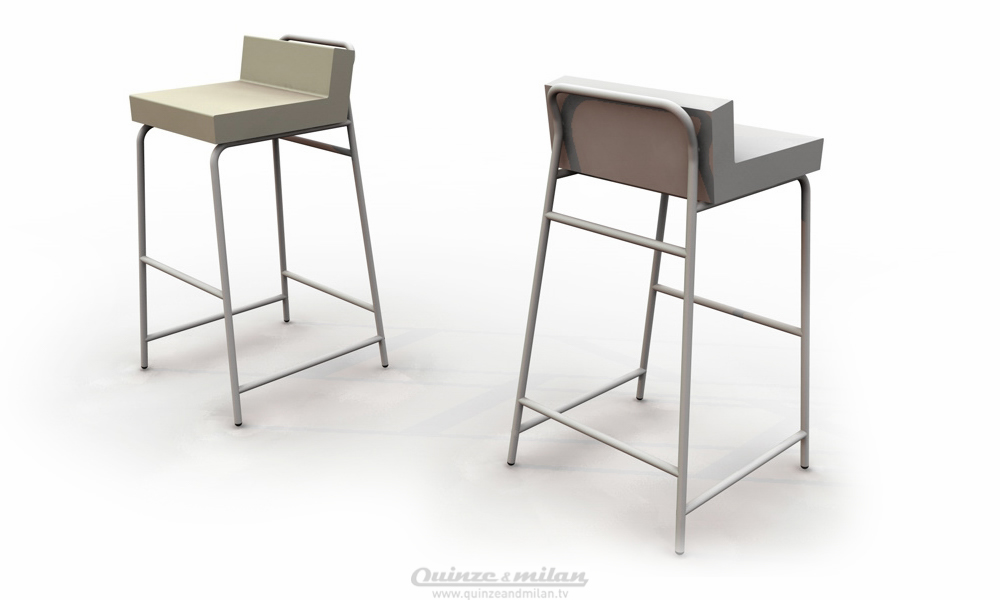 Quinze & Milan can produce all your custom furniture.

We offer a wide variety of finishing with an extended design support.

Custom colors or sizes are available upon request.